Shock Illusionist Dan Sperry continues to appear at exclusive private, corporate events and VIP rooms / hospitality suites to leave audiences of all sizes entertained and in astonishment.  The Anti-Conjuror’s interactions with you and your guests can range from a formal up-close show or “roaming” walk-around sleight of hand experience to stand-up interactive magic and illusion for your group or a full stage production show in a convention center / hotel ballroom, campus auditorium or community arena.

For more information on how Shock Illusionist : Dan Sperry and Anti-Conjuror Productions can create an unforgettable experience for you call/text: 702-800-0134 or email: [email protected] to learn about the numerous options to customize your show package! 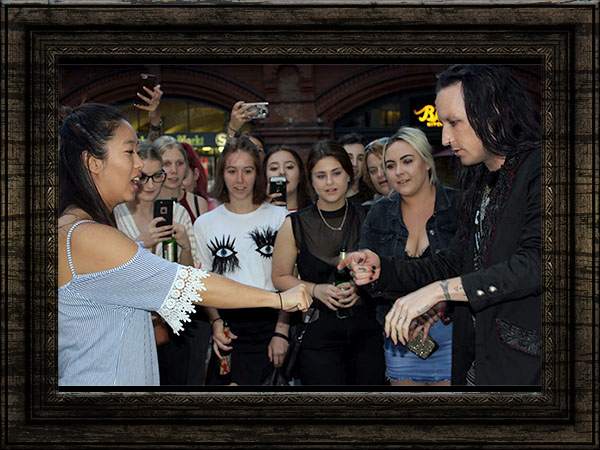 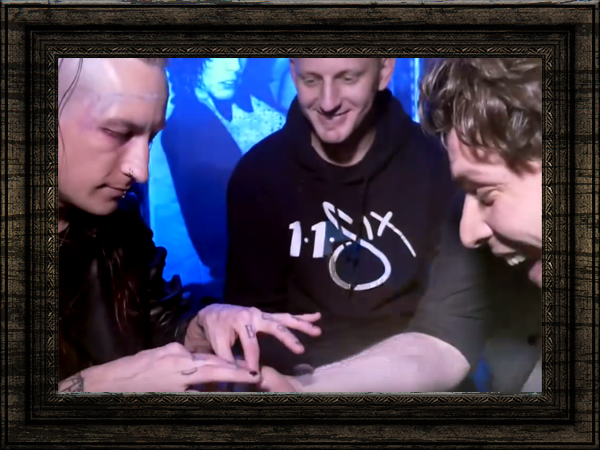 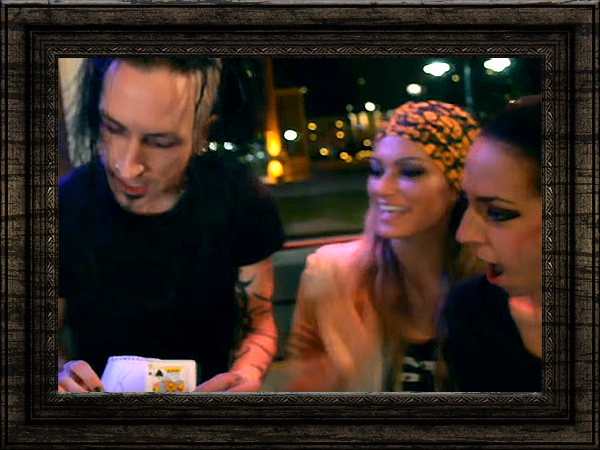 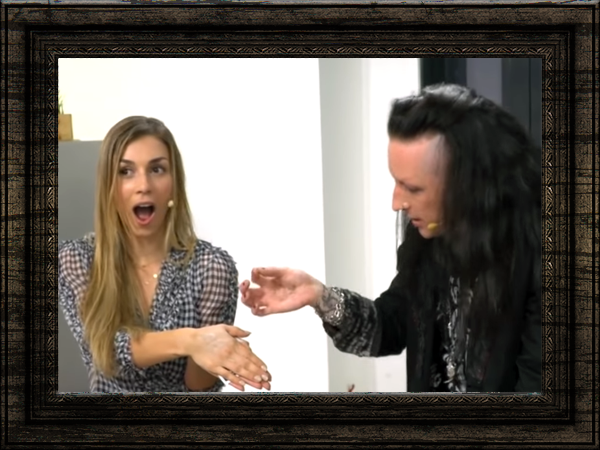 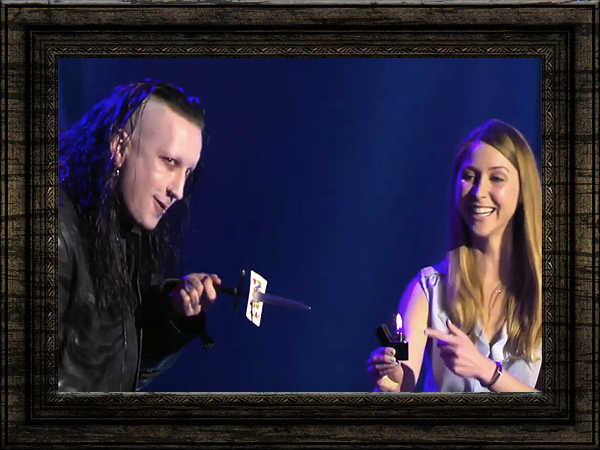 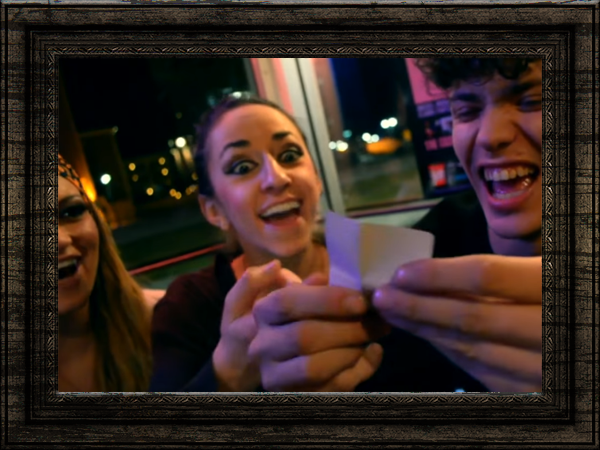 In the appropriate setting Dan can bring amazing magic up-close and inches away from guests.  His incredible sleight-of-hand skill with everyday objects can create a buzzwith this “un-plugged” style of performance as the magic will happen with anything from cards and coins to pens, paperclips and even borrowed rings, keys, and more.  Throughout the course of your event audiences won’t believe their eyes and are guaranteed to be amazed by unexplainable jaw-dropping encounters with Dan as he goes so far as reading their thoughts, bending metal with his mind, and even having the magic happen right in YOUR own hands.  This is better than the “magic” you’ve seen on the internet – this is live and it is happening to YOU!

The infectious energy that is generated from Dan’s presence as he casually performs these unimaginable close-up illusions will without question leave you and others in shock and amazement. 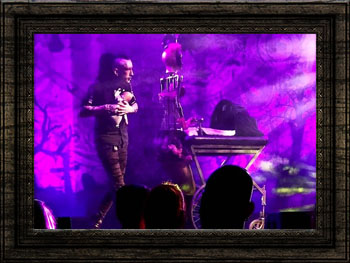 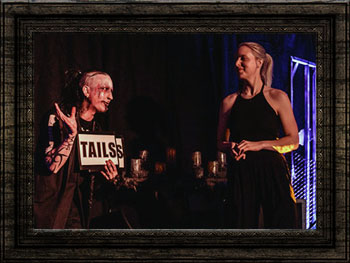 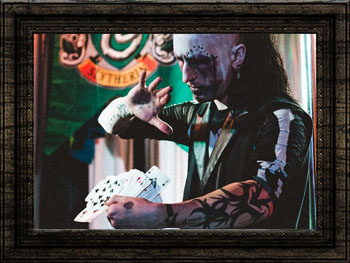 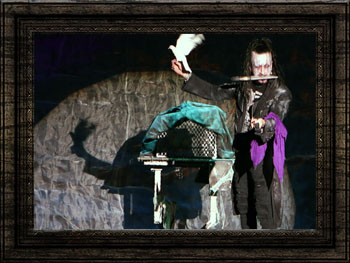 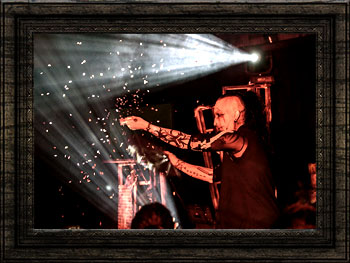 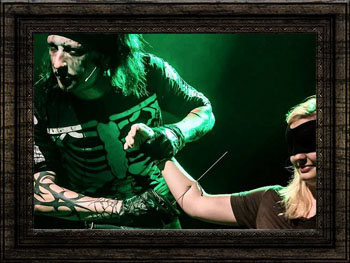 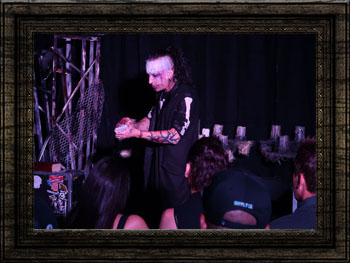 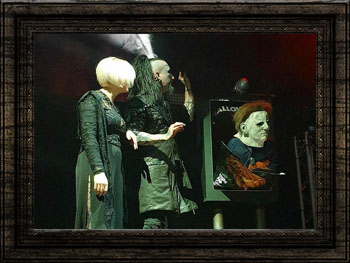 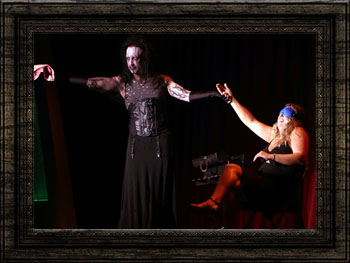 Shock Illusionist Dan Sperry’s solo appearances feature several of the signature routines that have made him a viral name around the world from the infamous “Lifesaver” to his hilarious broken glass version of Russian Roulette, a bizarre encounter with VooDoo and in one particularly unsettling moment Dan causes the entire audience to simultaneously hallucinate!

You’ve seen his viral videos plague the internet, multiple television appearances such as America’s Got Talent, Fool Us, The Today Show and sold-out international tours from the Sydney Opera House, Hollywood Pantages to the O2 London and break-away star of the best-selling magic show in Broadway history: The Illusionists – now you will experience what has been described as “Impressive” by the Hollywood Reporter, “Literally Hair-Raising” by the Toronto Star and BroadwayWorld.com praises “Had me laughing to tears…he’s like the cynical Alice Cooper of magic – totally icky yet totally awesome at the same time!” 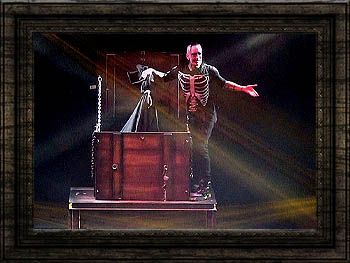 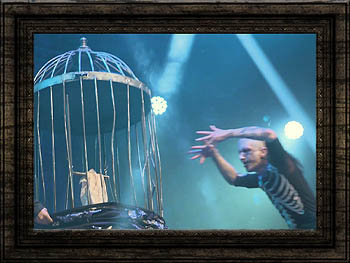 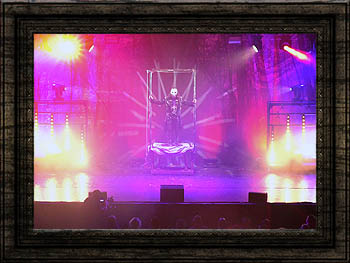 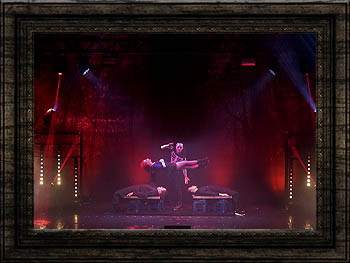 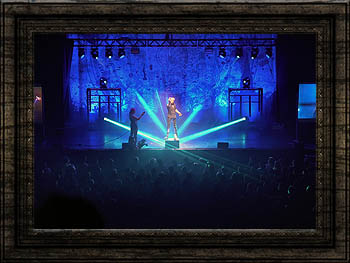 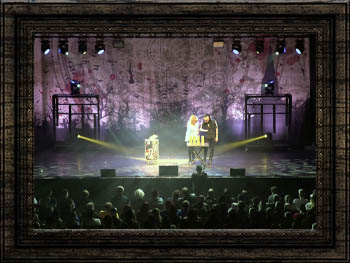 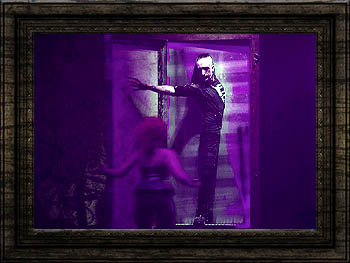 Shock Illusionist Dan Sperry’s STRANGE MAGIC Full Touring Show is an Illusionary Theatrical Experience Unlike Anything You’ve Seen Before – Selling Out Around The World in Arenas, Theaters and Performing Arts Centers

Dan Sperry is considered the most original and ground-breaking magician of this generation. His original approach to magic and twisted style and humor provokes shock and unsettling awe as his audiences are left in disbelief by his never before seen illusions. His current solo tour: STRANGE MAGIC is unlike anything ever experienced before utilizing cutting edge illusions, special effects, theatrical lighting, and heart-pounding music guests will get a unique up-close and personal encounter with Dan Sperry’s style of shock illusion.

Sperry’s bizarre visuals mixed with his original shock-based style of magic keeps audiences on the edge of their seat and promises to take them on a roller coaster style ride into his world of illusion resulting in a fast-paced rock concert style show guests will be raving about and wanting to see again and again.

Dan is now touring the world with his STRANGE MAGIC tour to both crowd, critic and fan acclaim!

When not on tour or performing in his full show Dan Sperry is the #1 most requested magician to perform in night clubs, cabarets, touring with major rock bands and performing as a special guest act all over the world.  A regular at the infamous THE BOX club in New York City and London, Club Bar Sinister in Hollywood, The Church of Dallas at the historical Lizard Lounge, as well as sharing the stage with bands such as Hinder, Avatar and DJ acts like Letz Massacre — Dan Sperry can present a fast-paced, flashy, and high energy shocking performance to gain attention of the crowd and draw them in leaving them in disbelief.

The infectious adrenaline of a Dan Sperry performance is unlike any other and his ability to get a crowd pumped up is unmatched.  Various options are available and his minimal requirements for these types of appearances make this the perfect choice if you’re looking for something different and unforgettable.

Much of Dan Sperry’s mass international fame has been driven by his TV and web based guest appearances.  He can be featured as a silent performance guest or an interview based guest that can incorporate a small performance of an illusion even including the host(s) or other celebrity guests of the program.

His unique ability to create custom viral video illusions can be used to successfully promote content to viewers with a call to action to tune in to a show, visit a web site, or social media page.  His television appearances guarantee social media attention and are in-demand on reality based programming around the world.

You’ve seen him on his numerous viral videos…you’ve seen him on sold-out tours around the world…you’ve seen him on hit TV shows such as AMERICA’S GOT TALENT, PENN & TELLER FOOL US, CAKE BOSS, THE JONATHAN ROSS SHOW, GOOD MORNING BERLIN, THE TODAY SHOW…You’ve seen him starring in his own award-winning Off Broadway show as well as the breakout star of the multi-million dollar Broadway touring production: THE ILLUSIONISTS…now YOU get to experience his signature brand of Shock Illusion LIVE!

Dan Sperry’s unique approach to magic, twisted style and humor provokes shock and unsettling awe as his audiences are left in disbelief by his never before seen illusions.  Sperry’s bizarre visuals mixed with his original shock-based style of magic keeps audiences on the edge of their seat and promises to take them on a roller coaster style ride into his world of illusion resulting in a fast-paced rock concert style show guests will be raving about and wanting to see again and again!

Dan Sperry is currently touring the world with his STRANGE MAGIC TOUR to crowd, critic and fan acclaim!  When not touring with his Strange Magic Tour Dan still headlines colleges, concert venues, theaters and night clubs along with providing incredible customized performances for high end celebrity clients such as the rock band Jane’s Addiction.  You can catch Dan Sperry performing in his exclusive close-up Las Vegas show: BLACK MAGIC WEDNESDAY every Wednesday night exclusively at The Griffin in Downtown Las Vegas.  For more information on Black Magic Wednesday visit BlackMagicWednesday.com